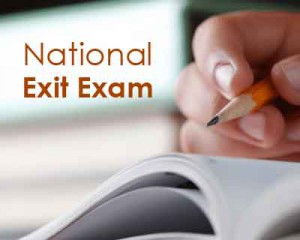 If one were to go by the draft Indian Medical council amendment bill 2016, introduced by Union Minister for Health and Family Welfare, Mr. JP Nadda in Lok Sabha on July 19, 2016, the year 2017 looks highly promising to students who are currently pursuing their medicine studies in various countries abroad and those who are seriously contemplating about taking up medicine studies abroad. Let us see how.

To  put  it  simply , the draft Indian medical council amendment bill 2016, makes it mandatory for all students, irrespective of whether they have studied medicine in India or abroad  to  sit for an national Exit test (NEXT)  after completing their  five and a half year medicine course, whereas,  till  now, such a test was only mandatory for foreign educated medicine graduates in the  form of  foreign medical graduate exam (FMGE),  which  they had to clear to practice in India. Such a practice was seen to having a discouraging effect on many talented young men and women on exercising the option of pursuing medicine studies at top medical universities in Europe and south East Asia after failing to gain entry to a medical college in the country through the entrance exam route.

This amendment is being widely perceived by many as one that creates a level playing field, whereby all medicine graduates are treated at par and their suitability for the medicine profession is tested through a uniform test  called National exit test (NEXT) which  also  does away with the complex practice of conducting multiple test like the NEET for postgraduate study, recruitment  test for central health services and the (FMGE) exam which is held for Foreign educated medicine graduates and is expected to provide medicine study aspirants, options to  seek admissions to reputed WHO listed medical institutions in Malaysia Philippines, China, and European countries like Bulgaria, Ukraine, Russia, Hungary, Latvia, Lithuania, Romania, Serbia, Azerbaijan etc and after clearing the   NEXT  or the National exit exam, become part of the Indian medical system,  which  is expected to  go a long way in ensuring  that students with the right  education , skill  and exposure armed with a highly rated  international medical degree  would  enter this noble profession which is expected to  make a significant change in our  health care domain and to a large extend  help  in  tackling  the huge shortage of Doctors, which is over 500,000 doctors, based on the World Health Organization (WHO) norm of 1:1,000 populations).